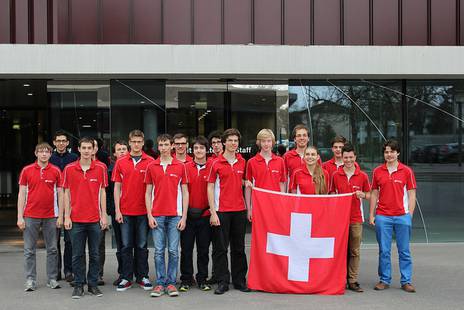 The closing ceremony will take place on Saturday, 23rd of April 2016 at 4pm. After four contests and a total of 20 hours of programming, the winners will be announced. We kindly invite families and friends of all the contestants, as well as everybody interested in the Swiss Olympiad in Informatics to the Closing Ceremony at the “Gebäude der exakten Wissenschaften” at the University of Berne.

Some photos of the first finals weekend at Credit Suisse in Zurich are already online in our photo gallery.