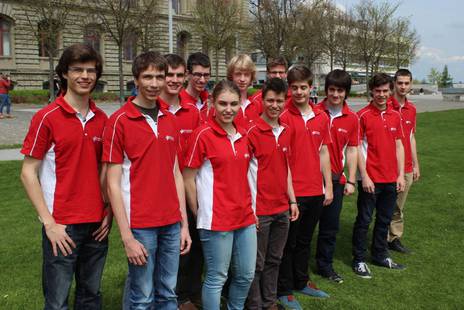 The winners of the Swiss Olympiad in Informatics were announced after 20 hours of sophisticated contest on Saturday evening.

Daniel Rutschmann from Andelfingen (Kantonsschule im Lee, ZH), Stefanie Zbinden from Glarus (Kantonsschule Glarus, GL), Pascal Sommer from Ittigen (Gymnasium Hofwil, BE) and Joël Mathys from Hünenberg See (Kantonsschule Zug, ZG) recieved gold medals. They have shown their skills over the last few months and have won many contests against their opponents from all of Switzerland and are therefore qualified to go to the International Olympiad in Informatics (IOI) 2016 in Kazan (Russia).

The final ranking is as follows: