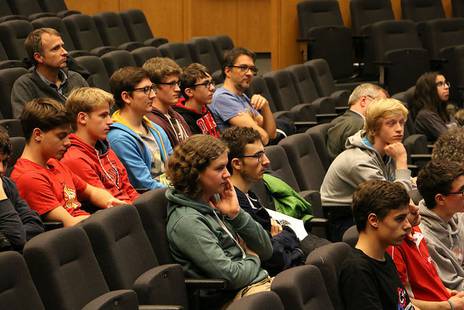 45 young computer science talents from all of Switzerland met on the 9th of January at the ETH Zürich. After a long day filled with presentations, six participants were announced as the winners of the first SOI round 2016.

The top five participants, Daniel Rutschmann from Andelfingen (ZH), Jan Schär from Schönenwerd (SO), Jonathan Hauenstein from Luzern (LU), Stefanie Zbinden from Glarus (GL) und Kevin de Keyser from Oberkirch (LU) were honoured with prizes. Florian Gatignon from Vernier (GE) received an award for being the youngest participant. Daniel Graf, honorary president of the Swiss Olympiad in Informatics (SOI) and Ph.D. student, was pleased: „The first results are looking promising!“ In February the first 25 participants are going to meet again as they take part in the SOI preparation camp in Davos. After some more rounds of qualification, the reward is going to be tremendous as it is a journey to the 28th international Olympiad in Informatics (IOI) in Russia for the best four students. Switzerland will be hosting an Olympiad too: The International Physics Olympiad (IPhO) in Zurich. 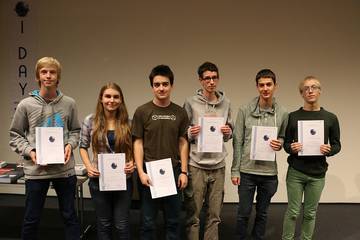 „Programming is fun, because you can tell your computer exactly what to do.“ Ivana Klasovita from Aeugst (ZH) is one of the 80 students who took the challenge and participated in the SOI 2016. The Olympiad specifically promotes young people of secondary and higher education in computer science. 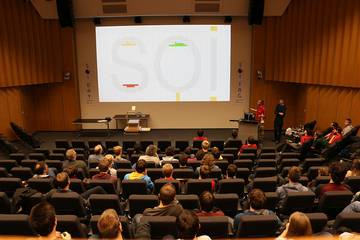 Tournament of the creativity task “Racing”

Students in computer science are creative People. Daniel Rutschmann from Andelfingen (ZH) is a really good example: he won the creativity price for his well thought of solution for the following strategy task: One mouse had to be guided on the fastest and most secure way to the finish line on a dangerous racing track, beating all other programmatically controlled mice. To solve this task, one had to use a lot of vector geometry, brains and time. The winner Daniel Rutschmann remarks: „Thinking about a problem, generating ideas, implementing those ideas to finally discard them again, takes a lot of time.“ 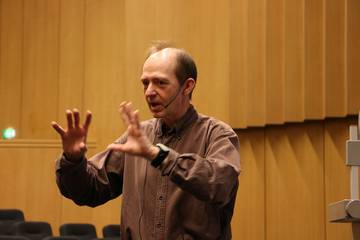