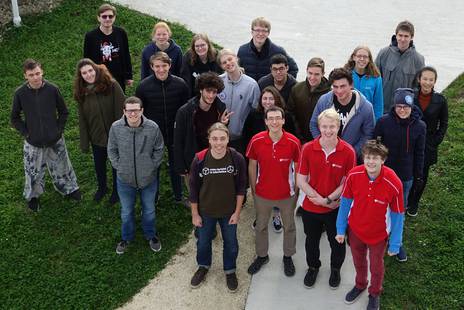 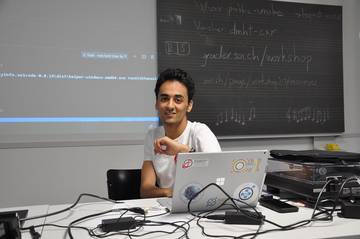 This year, we again organized autumn introductory workshops to give beginners the opportunity to get to know the Swiss Olympiad in Informatics and get a head start in programming and algorithmic design, in order to help them to perform in this year’s competition. This year, we continued with our new formula, first tried last year: every participant took part in two workshops, one about programming in C++ and one about algorithms. In total, everyone spent five full days learning new things, scratching their heads about tricky problems and having fun together with other like-minded participants.

The different workshops took place in the University of Bern, ETH Zürich and EPF Lausanne. Like in previous years, we offered participants the opportunity to follow workshops entirely in German or in English, and, for the programming part, also in French! 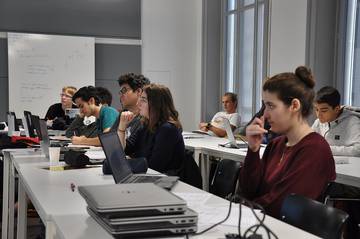 During the first week-end, participants spent two days learning to program in C++. In between lectures, participants were given a lot of time to practice with their newly acquired skills and to try their hands on some first algorithmic problems.

For the second workshop, we assumed that participants knew enough about programming to begin learning about algorithms, their analysis and their design. This workshop lasted for three days, with one topic per day: algorithmic design on Friday, graph theory on Saturday and dynamic programming on Sunday. Considering that some had little previous experience in programming, it was impressive to see participants already being able to solve some advanced problems, sometimes with the help of their teachers or of other fellow participants. And indeed, this year, there was a special focus on collaboration and learning together: for example, the most part of one day was dedicated to the analysis of algorithms in groups of a handful of participants. Everyone discussed the given programs together, had to compute their runtime and make proofs of their solutions together. 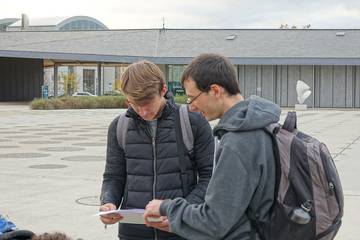 Johannes and a participant solving a riddle in Lausanne.

Of course, this was a heavy program and it would have been impossible to focus for so long without some fun activities on the side! Luckily, we had this covered: on Friday afternoon during the workshops about algorithms, we organized a scavenger hunt through the streets of Lausanne and Zürich. Using subtle hints and logical thinking, participants had to progress in groups from landmark to landmark while discovering those nice cities. 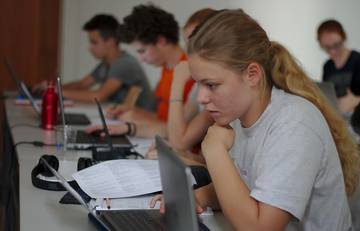 Participants try their hands on challenging tasks during a contest.

Finally, we concluded the last two days of the workshops with little optional contests in teams of two where participants had two hours to solve three tasks related to that day’s lectures. It was a first opportunity to get familiar with a more competitive setting, which sometimes makes everything seem suddenly way more complicated than in a stress-free environment. It is important to get used to this, as participants will feel the same emotions again a lot of times as they advance through the next rounds of the Swiss Olympiad in Informatics.

If you missed out on the workshop, you can catch up by reading some of our teaching materials collected here:

There, you can find all our slides, handouts as well as all our tasks on our grading system. The next introductory workshops will take place in October 2020.

And finally, here are some pictures from the workshops on our Flickr album.